How Activists Misrepresent the Groups They Purport to Speak For 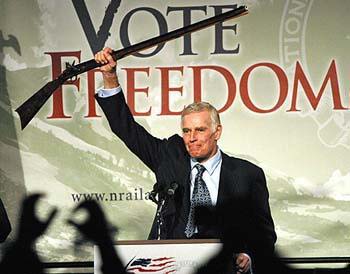 A couple months ago, I noted some important differences among the population of gun owners.  Gun owners who were not National Rifle Association members were more amenable to various forms of gun control than gun owners who were NRA members.  A subsequent Pew poll confirmed this finding (pdf).

In a forthcoming paper, political scientists Ryan Claassen and Stephen Nicholson show that this is but one example of a more general phenomenon.  They study a variety of “issue publics” — groups of Americans who have a particular interest in a given issue — and consistently find that the activists within these groups look much different than the non-activists.  They write:

This is an important lesson to remember, because often it is the activists who command the most attention.   Claassen and Nicholson identify gaps between activists and non-activist members across a range of issue publics and advocacy groups, including the NRA but also the Sierra Club, NARAL, National Right to Life, the American Legion, the VFW, and the Christian Coalition.

The paper is here (pdf).  For more on this subject, see Dara Strolovich’s work.