Jay Cost took a look at how Gallup’s final likely voter poll was associated with the Electoral College vote share.  Here’s the picture: 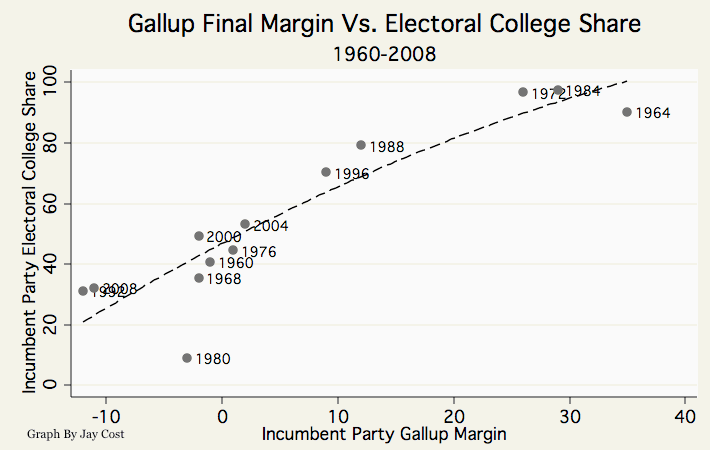 The advantage of using Gallup is it goes back so far in time.  Out of curiosity, I then asked Cost what the prediction would be given Gallup’s current number, which gives the incumbent party’s vote margin as -5 (i.e., Romney is up 51 to 46).  Cost did a simple linear model (noting that the fit above is a bit nonlinear) and kindly replied that it would imply 339 EC votes for Romney vs. 199 for Obama.

To be sure, Cost is not suggesting that this is the best model and is generally skeptical of such models.  But given that there’s been a lot of Twitter debate about election modeling today — largely occasioned by this piece — I think it’s valuable to put additional forecasts out there.  We’ll learn more that way.