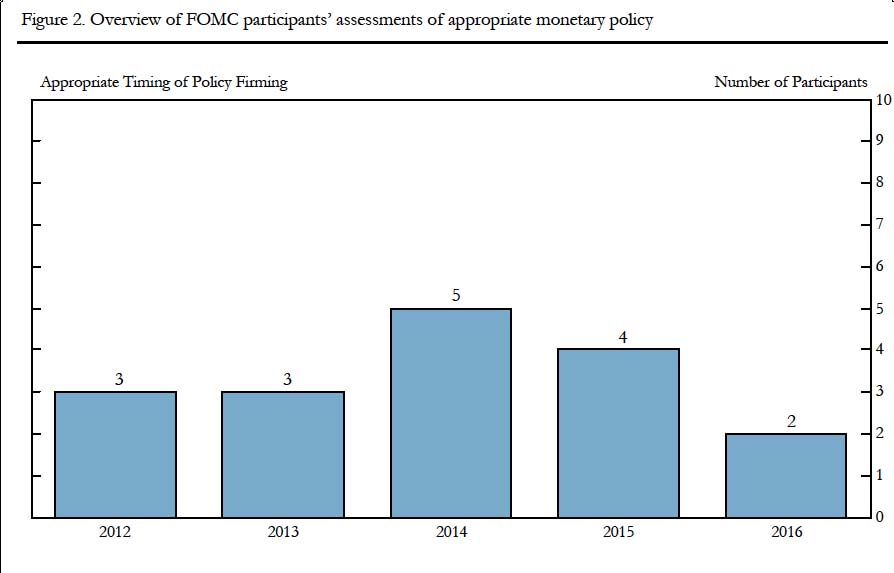 Congress, the Fed, and the FOMC

Wednesday was a big day for the Federal Reserve and its chair, Ben Bernanke, as the Fed took new steps to better communicate its thinking about the future path of monetary policy.  While most analysts are focused appropriately on the implications of communications as a policy tool for the Fed, I’m more interested in its implications for Congress’s relationship with the Federal Reserve.  From this vantage point, Bernanke’s most important accomplishment this week is likely to be the Fed’s adoption of a formal long-run inflation target of two percent.  Given that the Fed has a statutory “dual mandate” from Congress to achieve full employment in the context of price stability, the adoption of an explicit inflation target will no doubt pique the interest of lawmakers.  The parties, not surprisingly, tend to have different views about the dual mandate.  Many Republicans, seeking to limit the Fed’s policy discretion, favor limiting the Fed to a single mandate of price stability; the Fed’s unilateral move this week to designate an explicit inflation target might be welcomed by the GOP.  Democrats, however, will likely be wary of any signals from the Fed that it prioritizes fighting inflation over reducing unemployment– even if Bernanke went to lengths yesterday to argue that the Fed remains committed to securing both the employment and inflation sides of its dual mandate.

I’ll return to this issue in a later post.  For now, I want to highlight a smaller tool in the Fed’s new bag of transparency tricks.   As shown above, the Fed’s innovations this week include the release of (anonymous) interest rate projections by the seventeen members of the Fed’s open market committee (FOMC).  (“Transparency” only goes so far amongst central bankers.)   The projections indicate FOMC members’ views of the appropriate timing of “policy firming”– that is, how long its members think that the Fed’s lending rate should be kept near zero.   FOMC hawks, who fear a takeoff in inflation and thus favor an early increase in the federal funds rate, appear on the left; FOMC doves, who want to give the economy more time to recover and thus prefer to delay the increase in interest rates, appear on the right.

The Fed’s decision to reveal the rate projections of both the voting and non-voting members of the FOMC is novel.  In the past, the public had to rely on the language in the policy statement issued after each FOMC meeting, a statement that reflects only the views of the voting members of the FOMC (which by statute excludes a rotating set of the twelve reserve bank presidents).  Remarkably, in comparison to the Fed’s last meeting statement, yesterday’s statement was decidedly dovish: Approved by a vote of 9-1, the committee’s statement extended its commitment to keeping the federal funds rate near zero through “at least late 2014,” eighteen months longer than last year’s projection.  Meanwhile, the rate projections themselves suggest a more diverse set of views across the FOMC membership: eleven doves prefer to stall tightening until 2014 or later while six hawks want to tighten before 2014.   The dovish voting members are unrepresentative of the broader array of views across the FOMC.

Yesterday’s events suggest that the voting rules of the FOMC may be consequential for the shape of monetary policy.  Those voting rules of course are set by Congress, which created the FOMC in 1933 and has subsequently amended its governance on a handful of occasions.  Legislators continue to express frustration with the FOMC.  Some House Republicans favor broadening the voting rights of the committee, allowing all of the bank presidents to vote at each meeting.  (Bank presidents are said to be more hawkish than governors, though the evidence is mixed.)  Had each of the FOMC members been eligible to vote this week, it would have been tougher for Bernanke to secure agreement on such a dovish policy outlook.  No doubt, congressional Republicans will continue to push for the expansion of voting rights on the FOMC.  In contrast, House liberals prefer stripping the bank presidents of their voting rights altogether.  The array of rate projections amongst the members of the FOMC, however, should signal to liberals that the power of the doves can be augmented considerably by retaining voting rights for a rotating group of bank presidents.  Granted, voting rotation will not always favor easing, as it does this year.  Next year, the three FOMC uber-hawk bank presidents from Philadelphia, Dallas, and Minneapolis will rotate back into voting seats, no doubt pushing for earlier tightening of lending rates.

All that said, the current split party control of Congress and divided control of the branches limit the chances that Congress and the president will agree to any revisions to the Federal Reserve Act.  Should Republicans win the White House and both chambers in November, however, the internal governance of the Fed– as well as its statutory mandate– might come into focus more sharply in Congress’s crosshairs.